Books > Music Principles For The Skeptical Guitarist Vol. 2 - The Fretboard

Music Principles For The Skeptical Guitarist Vol. 2 - The Fretboard 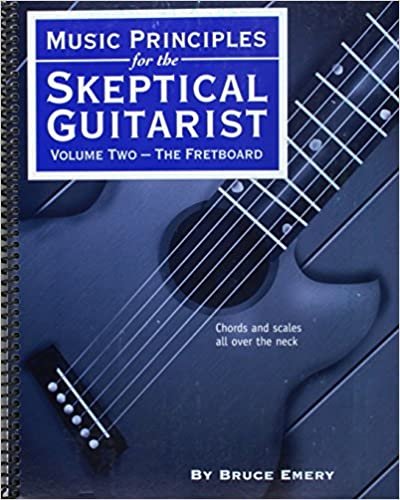 Music Principles For The Skeptical Guitarist Vol. 2 - The Fretboard
While Volume One deals with general music theory that applies to ALL musical instruments, Volume Two is aimed primarily at guitarists: It shows how to apply the principles of music to the neck of the guitar specifically, and how to track down the C-A-G-E-D scale and chord forms. As the Circle of Fifths was the star of the first book, so the C-A-G-E-D system dominates the second book. It will help you organize scales and chords into all these handy inter-connected box patterns up and down the neck.

Topics include chord voicings and inversions, movable chord and scale shapes and box patterns, complex chord qualities, quadrads and their extensions, walking chord progressions, how to put chords to a melody, and harmonizing by thirds, sixths and tenths.