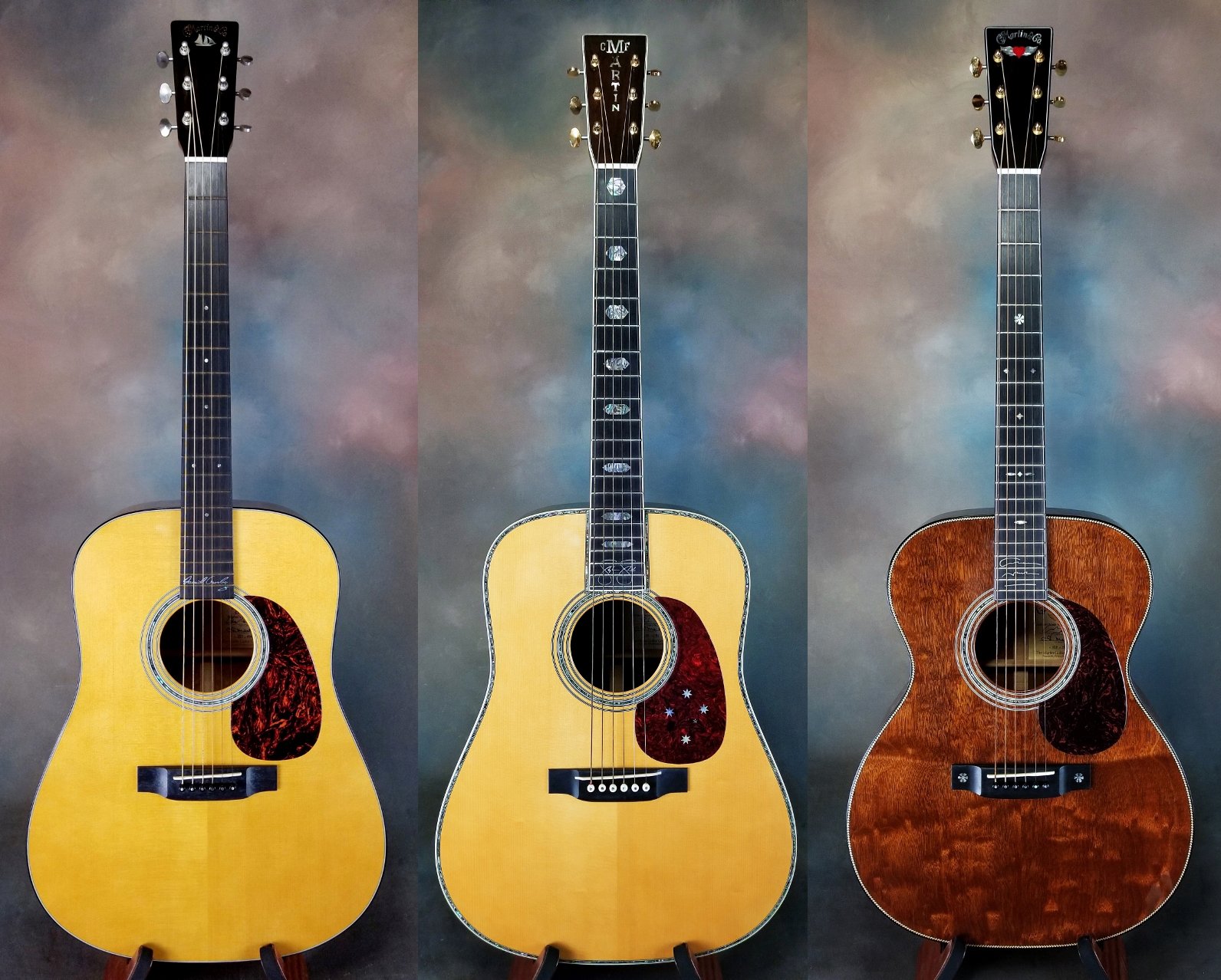 Crosby, Stills & Nash Trio of Signature Martin guitars
Martin Crosby, Stills, & Nash signature Martin guitar trio:  David Crosby, Stephen Stills, & Graham Nash. They are limited edition models in virtually unplayed condition and are all original, right down to the strings. All instruments come with original paperwork. They were purchased new by Richard and left in their cases only to be brought out for special occasions.

Stephen Stills modei:
1999 Limited Edition D-45 SS Stephen Stills Signature Model
#49/91 and has a label inside signed by Stephen Stills and CF Martin IV stating this. Fun fact: there were 91 original D-45s made back in the day. This model is based on Stills' 1939 D-45 and has a European Alpine spruce top, BRAZILIAN rosewood back/sides/peghead veneer, abalone trim EVERYWHERE, "Southern Cross" star inlay on the pickguard, ebony fingerboard/bridge, abalone hexagonal fretboard inlay, Stills' signature inalyed in pearl on the fingerboard covering the last three frets position. This is the one that willl draw the most attention because it is basically a Golden Era D-45 w/Brazilian rosewood.