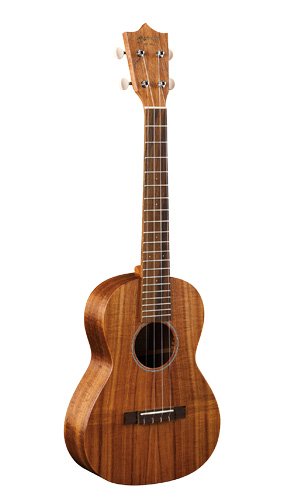 Martin has built the world’s finest ukuleles since 1916, and tenor ukes since 1929 that have long been prized for their full-bodied voice and great volume. The T1K tenor-sized model features top, back and sides crafted of solid Hawaiian koa, a wood native to Hawaii and a favorite of island players. The entire body is finished in high quality satin lacquer, and features an applied dovetail neck joint. The T1K Uke is a beautiful example of why Martin is still the name in superior quality ukuleles.