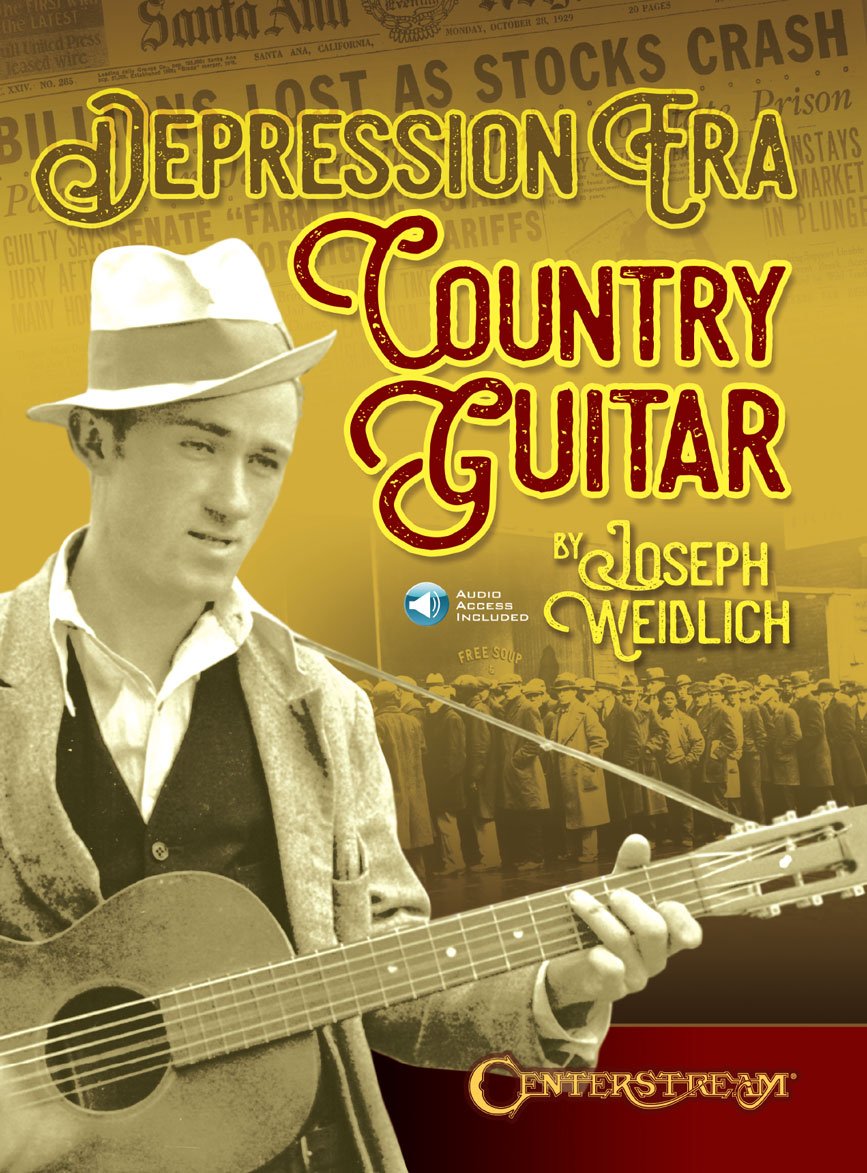 Explore how the traditional parlor style guitar backups used during the golden age of the Old Time Music string band performance style were further developed by guitarists during the Depression years of the 1930s. The genesis of those developments lies principally in the techniques popularized by the Carter Family and Jimmie Rodgers on their recordings that featured the use of the flat pick instead of a thumb pick, use of left hand embellishments including adjacent string dron usage, development of hot licks based on chromatic passing note sequences and syncopations, and the popularity of licks played on the higher pitched tenor guitar.