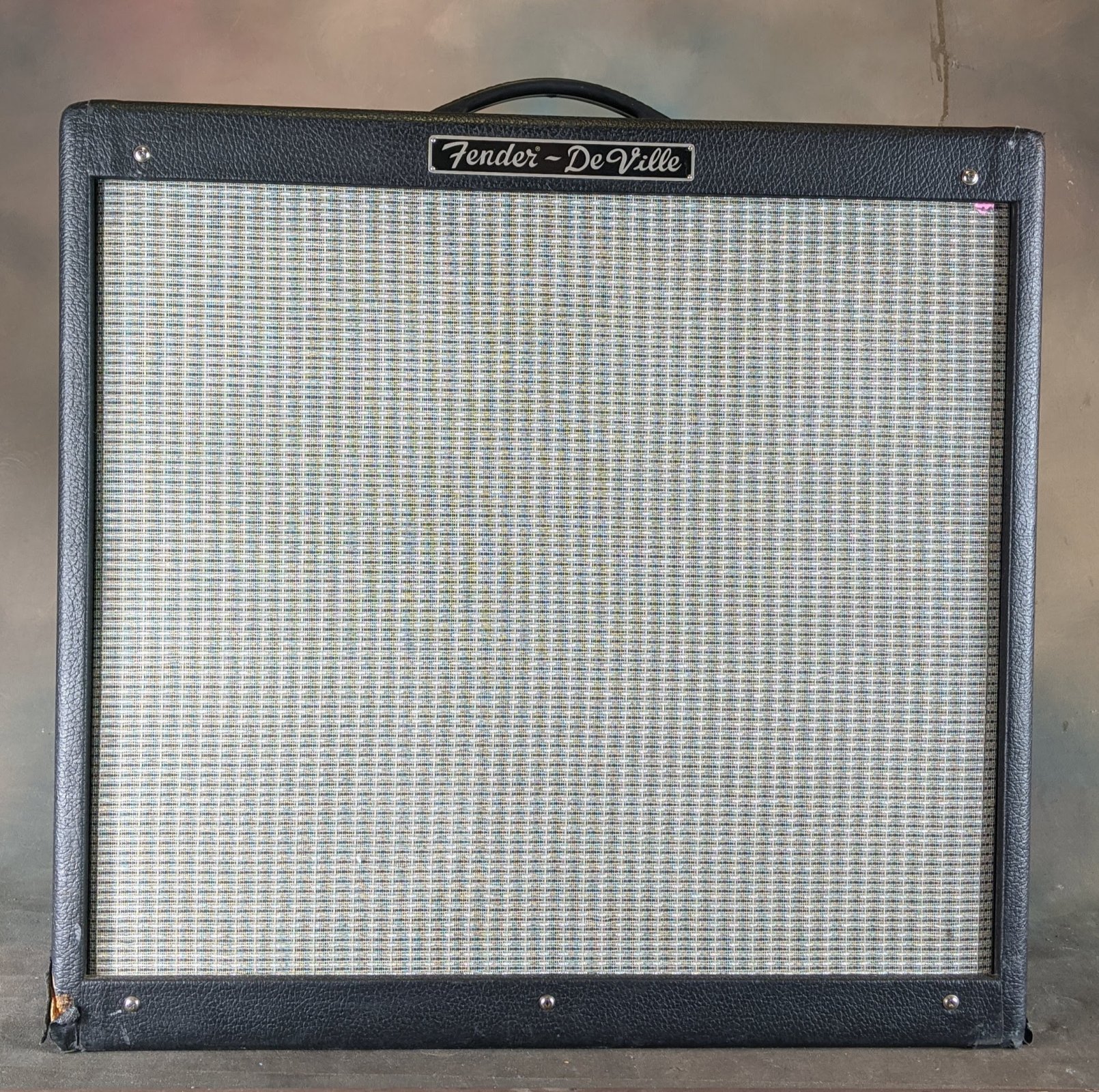 Eddy Clearwater's 1997 Hot Rod Deville 4x10!
1997 Fender Hot Rod Deville 4x10 in good condition.  Owned by the late, great Eddy "The Chief" Clearwater!  Some dings and gig wear, especially on the corners, but this amp was used for the blues!  Fully functioning, and with quite a history.  Includes original manual and footswitch.  Eddy's widow is donating the proceeds of the amp sale to a Chicago blues charity.  Own a piece of blues history!