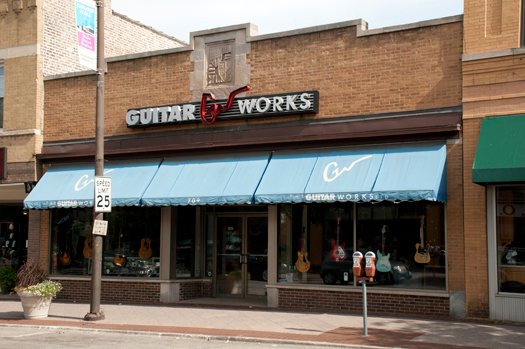 Since 1979, Guitar Works, Ltd. has been helping musicians of all skill levels. Our friendly and knowledgeable staff is here to give you honest help in a pressure-free environment, whether you need to find the perfect guitar, learn to play it, get it expertly repaired, or rent a sound system to put on a concert.

We look forward to your visit!

The Guitar Works, Ltd story began in 1972, when a young Terry Straker dropped his beloved Martin on the way to a guitar lesson and lacked the funds to have it fixed. This led to his first successful guitar repair effort, and it wasn't long before he was fixing friends' guitars as well. He was honing his luthier skills working at music stores while learning the ins and outs of running a business when, in 1979, upon discovering some unsavory business practices at work, Terry quit his job. On his way home from his last day of work and unsure of his future, Terry’s motorcycle stalled in front of a vacant store front at 739 Main Street. Recognizing a (For Rent) sign from the universe when he saw one, he rented the store that same day and Guitar Works, Ltd was born. Unemployed for all of one hour, Terry got the ball rolling by stocking the sales floor with his own impressive vintage guitar collection until he could build up his inventory.

Terry's reputation as a straight shooter soon attracted help and new clients. Noted local restaurateur, musician, and all-around great guy, Dave Glatt (Dave's Italian Kitchen), brought in a crew to build lesson studios for teachers when Terry didn't have the funds. Guitar legend Chet Atkins sent a telegram congratulating Terry on his new business and friend and mandolin legend Jethro Burns signed on as a music teacher. It wasn't long before Guitar Works was off and running!

Over the years we have expanded and diversified, eventually moving into our larger current home at 709 Main Street, just four doors down from our original location, in 2000. In addition to a sizeable inventory of quality gear for sale, we feature a full-service repair shop known throughout the Midwest for having set up and repaired the instruments and amplifiers of everyone from students to weekend warriors to professionals. Our list of high-end clients includes Styx, Tesla, The Who, Ramones, Indigo Girls, Mary Chapin Carpenter, Steve Albini, Urge Overkill, John Prine, Steve Goodman, John Hartford, Jackson Browne, Pete Huttlinger, David Bromberg, Muriel Anderson, Bob Mould, John Fogerty, Los Lobos, Smashing Pumpkins, Buddy Guy, Eddy Clearwater, Lonnie Brooks, Son Seals, David “Honey Boy” Edwards, and more.

Private lessons in guitar, bass, mandolin, banjo, and ukulele are available with experienced instructors and we offer instrument and small PA rentals as well. 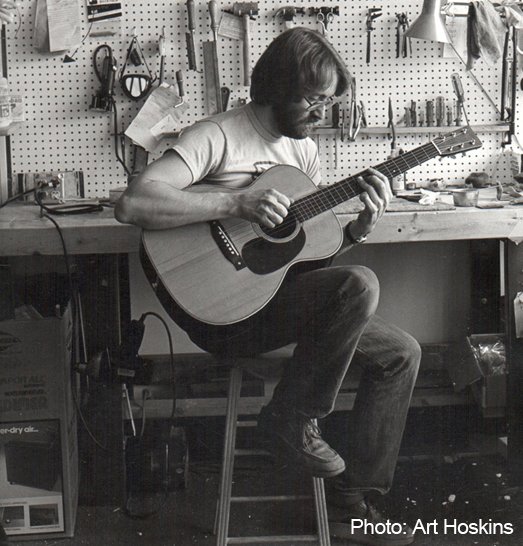